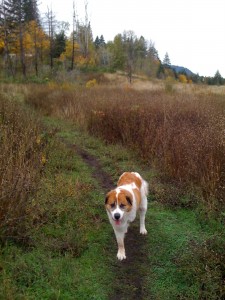 It has been too long since I’ve written! As Charon and Gayle would say, Geesh! So much has happened. In late October Brad and I took off for the East Coast for a week and Indi got to stay at Camp Cally. Cally’s mom, Megan, tells the tale in this week’s post.

Indi came to stay with us in Hood River the week before last. Though sometimes known to be a little mopey in the absence of her beloved mom Raina, Indi quickly became part of the family. I think her BFF Cally’s devoted attentions had something to do with Indi’s acclimation. So did daily visits to “the field.” The field is an as-yet undeveloped scrap of land at the end of my street: a perfect place with lots of tall grass and critters for dogs to frolic in and chase. It’s also conveniently located for the three-legged among us.

Speaking of which, one afternoon I took the kids down to the field, carrying along my iPod loaded up with my favorite podcast, Fresh Air. I can think of nothing better: a lovely day in the field, with dogs romping, and the sweet sounds of Terry Gross… Anyway, that day she happened to be interviewing Oliver Sacks, the famed Harvard-based neurologist (whom Robin Williams brilliantly portrayed in the film Awakenings). Recently Sacks had a cancerous ocular tumor removed, and as a result lost all vision in the eye. He told Terry Gross at length about how he grieved for his partial loss of sight, and I felt sorry for him. But then I thought, how like a human. Here was Indi, chasing squirrels as fast as her three legs could take her. Never once has she bemoaned the loss of a leg, or expressed any bitterness about her handicap. How wonderfully like a dog! The moment was a fierce confirmation of my being a dog person: sometimes, these creatures have more to teach us than Harvard professors. 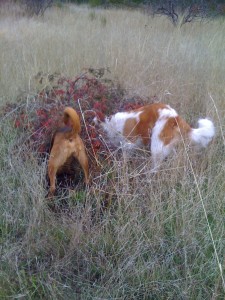 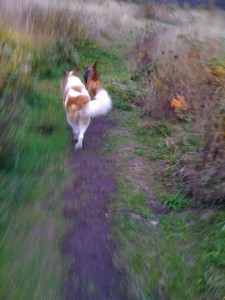